Interview: IN THE MIDDLE CHATS ABOUT DEBUT ALBUM 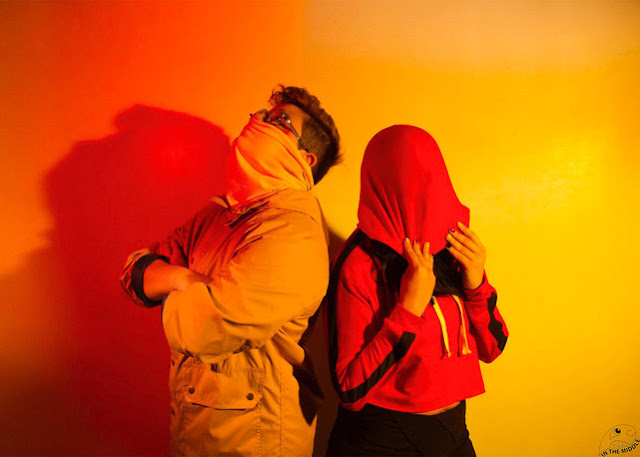 Sound Rebel Magazine had the chance to chat with Mars and Kyle from In The Middle about their debut album, plans for 2019, and more!

Sound Rebel: How did In The Middle first form?

Mars: It’s actually a pretty funny story of how we became what we are today. We were 14 and just becoming friends and decided to do a talent show. Nothing special, we just did a simple cover of Get Lucky by Daft Punk. We still jam to that song to this day to be honest.  We didn’t end up making the talent show but we realized how well we were able to work together. After that it just kind of grew. We never planned to be in a band, one day we were just kind of like “we should probably name our band” and that was that. Everything happened so organically and it really grew so much over the years.

Sound Rebel: For anyone who's never listened to In The Middle before, how would you describe your sound?

Kyle: Oh man. Well right now we only have our song prologue. out. So to anyone only listening to that I would have to say alternative rock. Its sound has often gotten compared to old paramore. However, we’ve got new songs coming out very soon and an album and those are all different. We pride ourselves on not sticking to a strict genre. We like the push and pull feeling of being ever changing. So those will all have influences from electronic to rock to indie. We love to experiment we think there’s always something new to discover by crossing genres. As long as you are keeping the story and meaning consistent that’s what matters.

SR: Who would you say are your biggest musical influences?


M: Wow that’s a tough one to answer. We’ve always been influenced by bands of all different genres and eras, but bands like Paramore and Twenty One Pilots I think would probably be who’s inspired us the most.
SR: In The Middle's debut single "prologue" for the upcoming album LEVELS was recently released on January 1, 2019. Can you tell us a little bit about that song and how it came to life?

K: The song prologue. actually has a very interesting story. The idea of this song came forth years ago when we were in high school still. It actually started as a small riff on ukulele until one day we took a guitar piece we were working on and connected the two. We fell in love with the sound immediately and kept telling people we would do something one day with that song.   The meaning behind it shows what we went through in high school to make our band and dream happen. It talks about how it would be easier to stay there and do all the normal things like every other kid and have fun but we were chasing this dream every one though was impossible. So it really talks about how we couldn’t run away but we didn’t want to stay there. 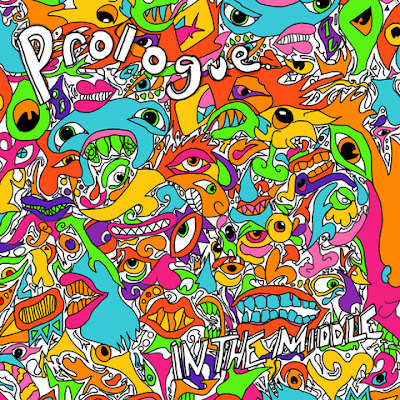 SR: You also put out a music video for the single, can you tell us a little bit about how you came up with the idea for the video?

M: So the song and video are actually based on a storyline and we play characters in the video and on stage. There’s lots of hard topics that we wanted to address in the video and storyline, such mental illness and just feeling out of place in the world. The idea is that our characters are trapped in this lab where experiments are conducted on us. Mars is given an overload of emotions while Yellow Boy is retracted of his emotion. We felt the characters represented ourselves and how our brains worked as individuals, so it was so cool to build off an entire persona and storyline based off of our own experiences.

SR: What can people expect from the new album?

K: This new album, or rather this debut album, is something we have talked about and worked on for 5 years now. We started this band in 2014 when we were young with no direction. We didn’t have money and we were just learning how to write, I at the time didn’t even know how to play drums (a whole other story we didn’t like our drummer so I kicked him out and learned how to play drums instead). So it was such a far away dream for us without any resources and we often wrote about dreaming which comes up in this album. This isn’t an ordinary album that just has songs and a few music videos. This album has an entire alternate universe we created and put characters and stories into. Each song is assigned to a different color, chapter, and character. As you’ll see in the upcoming videos and album there will be characters like blue and settings like the kingdom where you find out who the king is and why Mars and Yellow Boy are being chased down by people from 1767. We didn’t want to just make an album we wanted to create an immersive experience from the beginning. So this new album will be about us growing up and going through all these chapters where we use certain characters or scenes as metaphors for what actually happened to us. We touch a lot on mental health, what it’s like missing out on things for a dream, what it’s like growing up and more.

SR: What are you most excited about heading into 2019?

M: I think the thing we’ve struggled with the most in this band is not having anything to show for ourselves. We’ve been doing this for almost 6 years and our debut single has just now been released. I think we’ve spent a long time trying to figure out who we are and what it is we want to say. I think we’ve found that. And I think people will enjoy getting to know Mars and Yellow Boy and the world we’ve spent years creating.