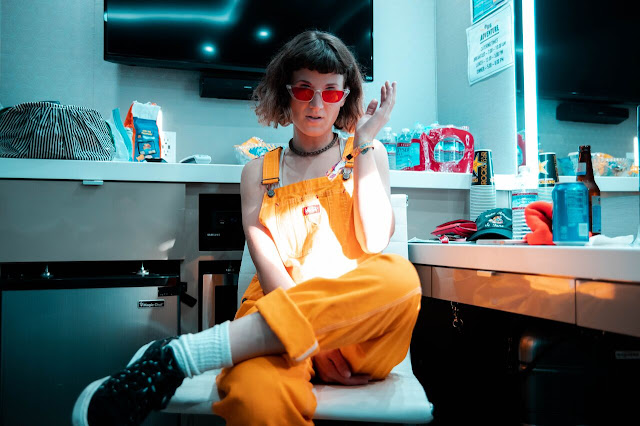 Sound Rebel Magazine recently caught up with Party Nails to chat about her newest music video for the song “Brand New” that is off her latest album “Past Lives and Paychecks” Check out the interview below.

Sound Rebel: You put out your first full length album last year and I’ve seen so many people talking about it. Would you say your sound has changed and developed since your first E.P? 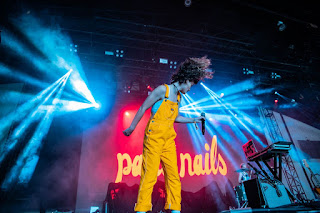 Party Nails: This is a really nice question thank you. There are definite similarities between my first EP and my first album, but overall I would say that yes, the Party Nails sound has evolved since the EP came out. For the album, I collaborated with some really amazing people but I also worked a lot alone. So my role as a producer shifted from "what is the best sum of the parts of the people in this room, and how can I guide us all there?" to "how can I best tell the stories contained in these songs, and when do I want to bring in another person to assist me in doing that?" In some cases, I gave the reins over to someone else entirely, such as on the production of "Never Look Again".  The album is more minimal, more intentional, more mature. And even though the songs have fun beats, almost all of them are SO SERIOUS. My EP was more light hearted.

SR: The album is called “Past Lives and Paychecks” can you tell us the meaning behind that?

PN: I think a lot about how we don't get to pick the cards we are dealt, and how much that affects our current lives. A lot of us, myself included, live paycheck to paycheck. I noticed this, and I wrote about it. And sometimes in love, whether with friends or in romance, I get the distinct sense that myself and another person must have met before. It's as if we knew each other in a past life. Sometimes I feel like I'm meeting a version of myself from a past life. A past life can also be an alternate life. For example, what if instead of going to college and leaving my hometown I'd stayed there and busked on the streets? (This was actually a plan of mine at one point, when I was 14. I'm very glad I didn't stick with that plan.) 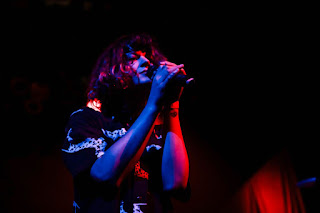 SR: If you could collab with any 3 artists who would they be and why?

PN: Dolly Parton in the hopes that some of her wisdom would rub off on me.

If I made a beat and SZA wrote and sang on it I would need to take a week off I'd be so full of inspiration.

Perfume Genius. I love how his records sound. I'd love to witness that in action.

SR: Let’s get into the video that you released today... What was the inspiration behind the video and how does it tie into the song “Brand New”?

PN: He doesn't remember this, but I sent a friend of mine an early mix of "Brand New" and he sent back a youtube video of fish swimming in the ocean and told me to listen to the song while I was watching it. I'd already been riffing on the idea of a video of a someone crying, and after I saw the fish the idea kind of snowballed from there. I love to document my life in writing, photos and video, and so I went into my "documents" and picked out things that felt like the song. I paired these with crying videos submitted by fans, some fish swimming at the Atlanta aquarium that I got on video, and clips from other Party Nails video shoots that never came to fruition. Oddly, they all went really well together pretty much instantly.
WATCH "BRAND NEW" BY PARTY NAILS HERE


SR: What are you most looking forward to this year? What can we expect from you?

PN: I'm making tons of new music and I am really looking forward to putting it out at some point soon! That and more touring. If you know anyone who wants to take me on as support for their Europe run, hit a girl up. 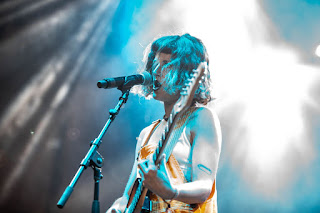 SR: What was the craziest thing that happened on your last tour with Eve 6 and SOMME?

PN: I woke up every morning with a bloody nose and somehow it didn't stress me out.

SR: Lastly, who is “Past Lives and Paychecks” written for and why should we listen?

PN: It's written for anyone who loves to sing along, who has ever been in love or heartbroken or completely lost or deeply confused about this weird world we live in. You should listen because it feels good to know that someone else has felt that way too. 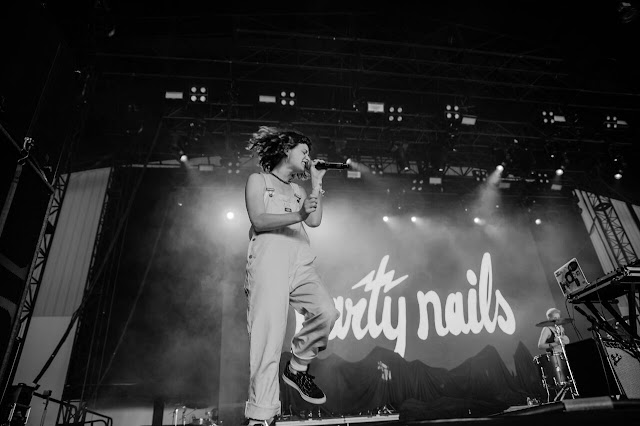