Ariel Beesley is an American singer, songwriter, poet, born and raised in Los Angeles, California. Ariel has been busy writing and recording new music and in September she started a nonprofit organization called U Start Here which is geared towards helping survivors of sexual assault and abuse, something she cares deeply about. Her synth-pop new wave sound is heavily influenced by her predecessors and this rising star is paving her way. Her sound is recognizable yet distinct and her lyrics are especially relatable which is extremely important for her.
David Harris for Sound Rebel Magazine caught up with Ariel over Zoom to discuss her new single, “So Baby”, her influences, and why she undresses on stage.
Sound Rebel Magazine: Hi Ariel, I appreciate you are setting up some time to discuss your new single. I was recalling how I first came across you and your music and I want to say it was through photographers, Richie Lee Davis and Brad Elterman. I don't know them personally but I love their work.
Ariel Beesley: Yeah, Richie shot the single cover for "So Baby” and he also shot my EP cover. He is one of my best friends in the whole universe and Brad is a dear friend of mine as well. I wish I can see them during these times but I haven't seen them in a while. Richie is like one of my best friends he’s so awesome.
Sound Rebel: Congratulations on the release of your new single, “So Baby”. The song is great and the fans seem to be responding positively to it?
Ariel: Thank you! Yeah, I feel it's definitely like a super strange time for releasing music during this, you know, normally I would have a bunch of shows lined up and I, you know, get to feel that connection in real-time to see how people are liking the song. So it's weird not having live shows for me which are such a massive part of who I am. I'm grateful to still obviously get to release music and obviously, the release was very exciting and has continued to be exciting. People are listening to it so it's all you can hope for.
Sound Rebel: How have you been holding up during COVID-19?
Ariel: You know, there were a few months where I like I couldn't write at all. It was very hard to feel like, “I can do anything”. At first, I was just watching a bunch of shows and eating food in bed but the other side of that is I've been incredibly productive. I finished the writing for my record and I've written six songs during quarantine, which is been fucking rad. I've had the opportunity to write with people over Zoom. I’m writing with friends in London over Zoom which I never thought to do before. So I've kind of been forced to open up this whole new door for me to do co-writes which has been cool. I started my nonprofit U Start Here, I feel on a personal level, very positive and productive. Of course, the weirdness of the world does seep its way in from time to time I think that's inevitable, but you know I feel good. 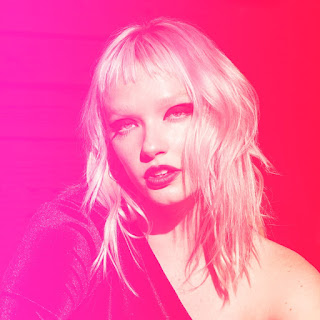