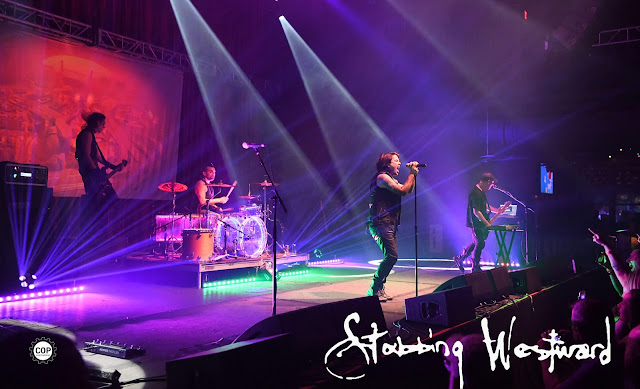 Return To The Studio With John Fryer,

New Album Wasteland To Be Released In 2020

Just months after releasing their first new material in 18 years, Stabbing Westward continues their newfound momentum, today announcing a recording deal with COP International to release the band’s upcoming fifth studio album Wasteland alongside at least one new single in 2020.

In January, the respected industrial rock band released the EP Dead And Gone with all new material, featuring the bold title track as well as the darkly atmospheric and dreamy “Crawl,” the riveting dancefloor fury of “Cold” plus remixes that showcases a revitalized band performing at the same heights of intensity that originally made them a success. Hear the new music here: https://stabbingwestward.bandcamp.com/album/dead-and-gone 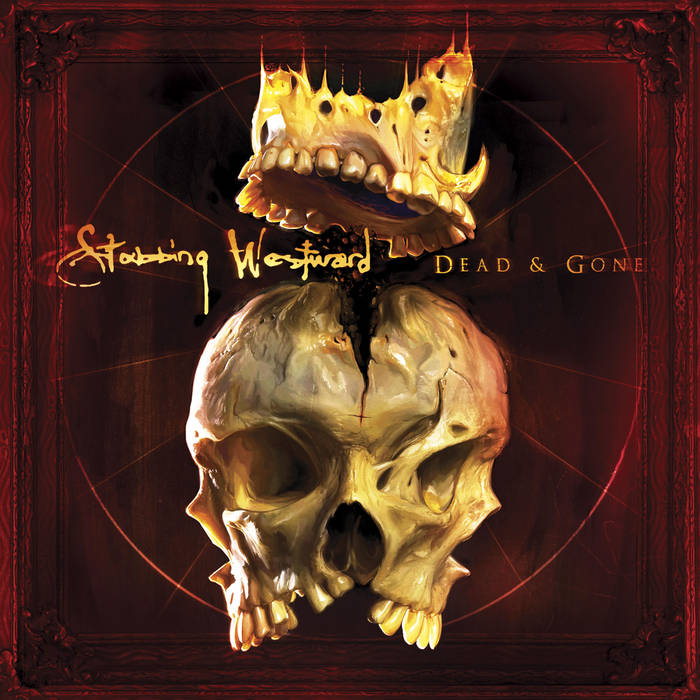 The EP’s title coyly illustrates that Stabbing Westward is in fact neither dead nor gone, but rather ready to pick up where they left off after a string of mid-‘90s hits that dominated alternative radio and film soundtracks, including “Shame,” “Save Yourself,” “So Far Away” and “What Do I Have to Do?”, and resulted in two Gold records.

To recapture that early chemistry, the band—featuring original founding members Christopher Hall (vocals/guitar) and Walter Flakus (keyboards/programming) as well as longtime bandmate Carlton Bost (bass) and newest member Bobby Amaro (drums)—has again recruited their original producer, the legendary John Fryer for the upcoming Wasteland release. It will be the first LP from the band since 2001. Fryer, whose production credits include Depeche Mode, Nine Inch Nails, 4AD, Cocteau Twins and Love and Rockets, was behind the boards on Stabbing Westward’s seminal early albums Ungod (1994) and Wither Blister Burn + Peel (1996).

"It's grand to be working with Stabbing Westward again,” says Fryer. “The first two albums we made together were some of my finest work as a producer."

Stabbing Westward frontman Christopher Hall adds, “I was so excited to have the opportunity to go back to the very roots of Stabbing Westward by working with John again. John really helped us develop our sound on our first album and then helped us take a huge leap forward with our second album. Even though this is our fifth full length, after such a long break it feels like a new beginning and it's very cool to have John at the helm once again.”

Fellow founding member Walter Flakus adds, “I couldn’t be more excited to be working with John again. The creativity we found on the first two records continues to drive where we want to take Stabbing Westward in the years to come. I’m so happy to rekindle that flame.”

Christian Petke, founder of COP International, also says, “We wanted to put the dream team of Stabbing Westward and John Fryer back together again.” Of the collaboration with the band, he adds, “First and foremost we are fans. We truly appreciate the talent and skill of the musicians that entrust us with their creations and we will do whatever it takes to help them to create their best work on their own terms. What is of utmost importance to us is to give our artists a boutique experience. We want to create a partnership that is probably closer to a management deal than a traditional record contract.”

More information will be released soon regarding Wasteland and a new single from the album, as well as other developments Stabbing Westward has in store for 2020 and beyond.

Blending the scathing electronics of underground industrial/rock with the emotive melodies of goth and a decidedly radio-friendly sensibility, Stabbing Westward rose to great heights in the mid-‘90s alternative boom. Formed in 1986 by Walter Flakus and Christopher Hall, the band went from underground cult sensation to the heights of critical and commercial success thanks to such songs as “Shame,” “Save Yourself,” “So Far Away” and “What Do I Have to Do?”. To this day, these songs remain anthems of heartache, dejection, rage, betrayal and depression.

With two Gold albums and numerous hit singles, Stabbing Westward fell from grace with the 2001 self-titled album amid personal and professional turmoil, disbanding the following year and leaving a void in modern music that was somewhat filled by Hall’s later work in The Dreaming. However, it was the release of that band’s Rise Again in 2015 that the seeds were sown for a reunion. That album saw Flakus once again making music with Hall, with Stabbing Westward guitarist Mark Eliopulos joining The Dreaming onstage in Chicago for a set of past hits. In 2019, Hall and Flakus came together again to release the Dead And Gone EP, the first new Stabbing Westward material in 18 years. Written and produced by Flakus and Hall over the course of three years, and recorded in multiple states and time zones, these new songs capture the very essence of the Stabbing Westward sound. Adding longtime bandmate Carlton Bost (Orgy, Deadsy, The Dreaming) and new drummer Bobby Amaro (Orgy) to the official lineup, the band has also once again recruited the talent of producer John Fryer—instrumental on early albums “Ungod” and “Wither Blister Burn + Peel”—for a new album, to be released in 2020 through a new partnership with COP International.

The year 2019 was a crucial one for COP International as the label teamed up with legendary producer John Fryer to form a production company under the COP International umbrella. Fryer is producing and engineering the majority of the forthcoming COP catalog and also working as A&R in helping to select appropriate acts. “The level of craftsmanship, artistic talent and meticulous attention to detail is what sets John’s work a world apart,” says COP International founder Christian Petke. “After working with him on some remixes for COP and Deathline International's new album Pax Americana, I knew I found the perfect partner for COP International. When we first started talking, I brought up John’s relationship with 4AD where he was the principal engineer and producer. This is exactly what we have in mind for this collaboration. Scout, nurture and develop exceptional talent. Driven by the desire to create a body of work that speaks for itself. “