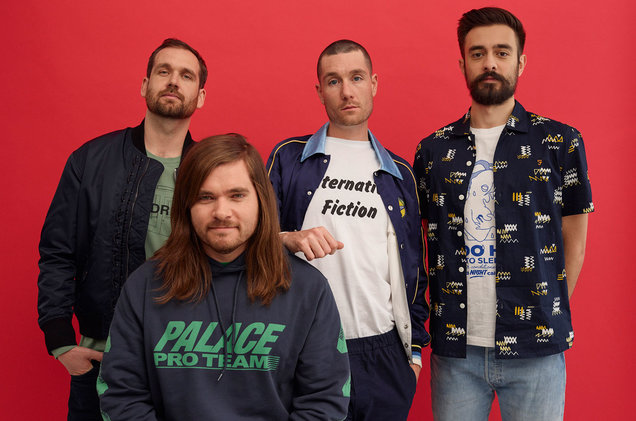 Years after the release of Wild World, British alternative pop band Bastille return with their third studio album Doom Days. Similar to previous records, Doom Days follows a narrative: this time of a night out, each track given a time stamp for what point of the night the song would take place. Driven by lead singer and frontman Dan Smith’s powerful vocals, the album grasps at concepts such as nihilism and escapism through the lens of a night out, as only a Bastille album can. Through Doom Days, Bastille really cements this idea of a concept album that is both self-sustaining and introspective, while still being influenced by the world outside. It reaches beyond a collection of individual songs with its intricately-woven storyline driven by infectious beats. While Bastille’s last album was more politically-fused and focused on the world from the outside, Doom Days sees a shift from directly examining the state of the world, to a more personal, inside look at escapism and how the state of the world affects us all.

In what’s been called the “apocalyptic dance party” album, Bastille explores a wide range of emotions and experiences. “Quarter Past Midnight,” the first song of the night, as well as “The Waves” and “Nocturnal Creatures,” simulate the feeling of a night out with driving beats and catchy hooks. Perhaps the more profound moments of the album come from the slower, more deliberate counterparts such as “Divide” and “4am.”

“Here, here, my family / You are my familiar, you are my familiar”
Dan lilts on the pre-chorus of “4am,” creating a perfect metaphor for the whole album. Four A.M. tends to be the time you feel most lost, and yet, even amidst the chaos and confusion, comfort is still found amidst the ones you love. Similarly, “Divide,” also brings us the question: “why would we divide when we could come together?” Though the reappearing motif of doom and gloom are the founding principles of the album, these little glimmers of hope shine through.

In a lot of ways, this third album seems to pull together everything Bastille’s previous albums have brought us, and more. After the evolution from Bad Blood, an almost entirely introspective album, to Wild World, which is just the opposite, we find ourselves at the eclipse of the two that is Doom Days. Wild World marked the beginning of this exploration of a deeper album concept, a sort of mixtape of life, where many tracks included snippets of movies and news clips. Doom Days takes this concept a step further, fully exploring the response to the chaos felt in Wild World, while instead detailing the journey of seeking an escape from this chaos, if only for a night. While it’s certainly hard to top a debut album, Doom Days is brilliantly presented in every way. While every song could stand alone, it’s the album as a whole, from track-to-track, that pulls the songs together into something truly amazing. It almost makes up for the three-year wait since the release of Wild World. While most of Bastille’s public attention comes from 2013 single “Pompeii” or the “Happier” collab, Bastille continues to prove that they write more than just catchy pop songs. Dan’s lyrics often explore deeper metaphors and references to famous literature, among other things. We have also seen Bastille tours such as the re-orchestrated tour and the club nights, which focus more on an intimate experience with these tracks. Bastille’s albums are more than just a collection of pop songs: they seek to tell a story. Bastille offers an unparalleled depth here to their songs, available for those who are willing to look for it.

“Doom Days” essentially states that whether we like it or not, we are all subject to the world around us. “Those Nights,” the second to last song of the album begs the question: “aren't we all just looking for a little bit of hope these days?” The album ends with “Joy,” an upbeat song which is, for once, accompanied by upbeat lyrics. “Joy” is about the simple pleasure of waking up after a rough night to a notification from your favorite person. It’s a mundane pleasure, and hardly compares to all the wrong in the world, but in the moment, it’s enough. That’s what it means to be human, after all, right? Having someone to share our lived experiences with, and to hold onto the little moments while we have them.