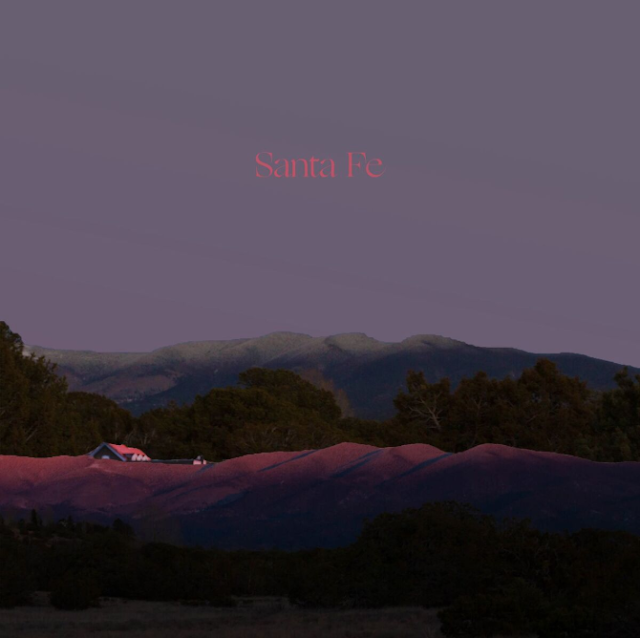 L.A Singer/songwriter with the musical alias Lostboycrow (Chris Blair) is preparing to release his long-awaited debut album Santa Fe on the 19th of April 2019. He became a streaming sensation since debuting in 2015, accumulating over 150 million+ streams, went back to his roots to create his debut album, while renting a secluded Airbnb in Santa Fe, fiddling in various makeshift studios driven by in-the-moment inspiration and creativity.
Lostboycrow enchanted audience and critics nationwide even from the beginning of her touring career in 2011. He has toured alongside VERTIE, K. Flay and Flor.

The thirteen-track album is a powerhouse debut album. Starting the album with MAP (ft. Taran Kootenhayoo) drifts and takes you into a vocally pleasing symphony. This track adds an element seen in the likes of Watsky, the element of a voice layered over the beat speaking deeply about issues touched on throughout the track including “one night stands with colonialism”, “three ships had docked on my land…only to find them a lot more colder…was I bad?” making you visually stimulate the scenes. To think.

The second and third track “Orange Juice” and “Stargazing with Patrick Bateman” both capture and represent the feelings of elation, freedom and vulnerability. Lostboycrow reconnects with himself in his past and in his present within the lyrics “Free like the raven’s song…I don’t know where to go, Belief is a telescope that nobody taught you how to hold. I don’t feel like that anymore. I don’t feel alone when my soul is a mountain I’ve been down that road”. “Orange Juice” brings a different texture compared to that of “Stargazing”, “Orange Juice” is a slow groovy, feel-good instantly catchy jam, calling to embrace all that we will never know. To accept, to not live in fear. “Stargazing” is lyrically a sombre-outpour of love and emotion, the feeling of being stuck in this serene dream that is out of your comfort zone. The lyrics within this track show his own fragility, shortcomings and fallibility.

Throughout the album, he continues to enchant with his soft striking lyrics and catchy electronic riff. Bringing you into his world and life with tracks like “Santa Fe”
“Suburban Girl” sharing about his “type” weather that be of a girl or lifestyle he had or wishes to, while also “Suburban Home” shares his life, his “home”. “Violet Sky” speaking as an old flame, throwing back to high school teenage life a track most people can relate back to their own experiences and growing up and watching all those memories and experiences change. Similarly, “San Junipero” has similar undertones within the lyrics. “Waste of Time (ft. Bea Miller)” is tired of these walls, these songs, looking creativity for an open door but that it never is a waste of time, that sometimes you need that block, write those terrible songs and to face your demons before you are able to experience those high up places where creativity just flows out of you.


Ending our journey is “Since The Day I Was Born” which contains all the elements, sweet guitar licks, soft backing beat and rich soothing vocals. He ends the album talking literally about things since the day he was born. “Death be calling my name since I was born, except this time I’m not afraid anymore…. “I wanna go home” is a striking and powerful lyric that stuck out to me in this track. It is very telling way to end an album and truly sums up this journey he has taken us on, that he has all these experiences in life but now he is content and not afraid of this impending factor that is a part of life and that there is no place truly like home.

This entire debut album truly captures the magic of Lostboycrow. With sweet, cascading guitar licks and soothing rich vocal harmonies that twirl and spin in your ears taking you into another world, enchanting your bodies to slowly move with the beat. It brings revelry with cheerful nostalgia, spine tingling poetry full of passion and intent. He has built a tremendous anticipation for his debut album, as it should be. He is proving himself musically, lyrically and emotionally with every new song that is comes off this album, taking those who choose to listen on a lyrically seductive adventure that you will want to return to time and time again. 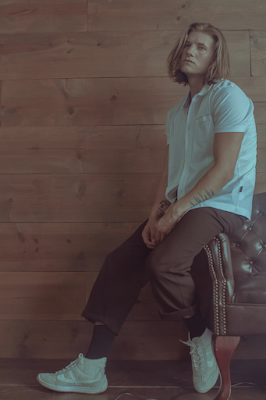