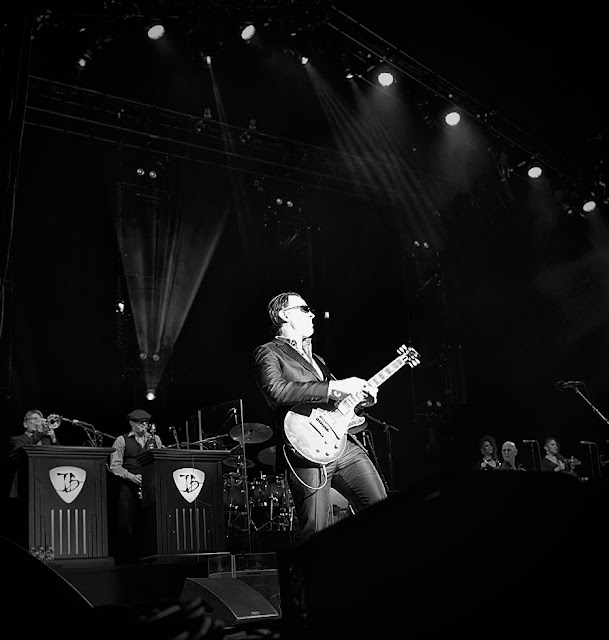 David Harris for Sound Bebel Magazine recently attended a Joe Bonamassa concert in Hartford, CT during his U.S. Spring Tour 2019. Joe Bonamassa is modern day living legend who is meticulous about every note he plays. Every bit of his unique playing style, note selection and performance is paying homage to those who laid the foundation before him. 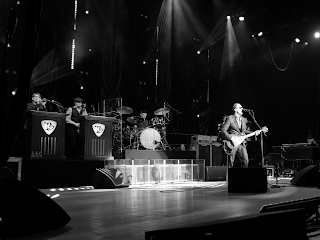 Joe’s musical journey began at the young age of four when he began playing guitar through the encouragement of his father who introduced him to the music of Eric Clapton and Jeff Beck. He toured with B.B. King by the age of 12. He released his first studio album A New Day Yesterday in 2002 and now has 13 solo studio albums to his credit. His most recent solo studio release is Redemption which has received rave reviews and according to Billboard ranked No. 26 on Billboard 200, No. 2 on Top Rock Albums, and No. 1 on the Blues Albums chart.
He strives to keep blues rock alive and his fans certainly respond. He put on an incredible performance this week to a sold out show at the Bushnell Center for Performing Arts, Hartford, CT.
As talented as Joe is his band members are world class musicians in their own right. During the performance Joe stepped aside giving up the spotlight at times to ensure his band members talents are showcased. 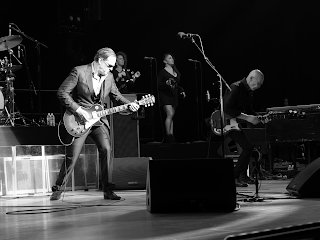 His touring band includes, Anton Fig on drums who is known for his work with such artists as KISS, Ace Frehley, Bob Dylan, Mick Jagger and he performed for David Letterman’s house band, the CBS Orchestra for more than 29 years.
Reese Wynans was amazing on piano and keys. Reese was inducted into the Musician's Hall of Fame, Austin City Limits, and the Rock and Roll Hall of Fame all as a part of Stevie Ray Vaughn & Double Trouble.
On bass is Michael Rhodes who has played with the likes of Dolly Parton, Hank Williams Jr., Dixie Chicks, Willie Nelson, Stevie Nicks, Beth Hart, Carrie Underwood, Aaron Lewis and Taylor Swift just to name a few.
Lee Thornburg on the trumpet and Paulie Cerra on the sax were equally impressive.
Finally, Joe’s backing vocalist’s Juanita Tippins and Jade McRae were incredible and shined as they complimented Joe’s playing note for note.
Some highlights of the night were “Sloe Gin” and “Blues of Desperation.” The latter takes elements of rock and metal but never steers away from the blues. It was a beautiful exchange of musical genres.
Joe’s and the bands performance was a performance to remember. The songs at times had such a subtle melodic touch you could hear the foots steps on stage and were quickly led by heavy heartfelt solos. This interchange was raw, real and brought out every emotion one may have had at the surface.
Joe Bonamassa is from the “east coast motherfucker” as he proclaimed, hailing from Utica, NY about 3 hours away from the Bushnell. Joe stated, “I can’t sip on Johnny Walker and sit in the hot tube like I used to.” Maybe not, but Joe is very much like any good scotch, it only gets better with age. I recently spoke with Tal Bergman a couple weeks ago while in Los Angeles. Tal is world-class drummer and producer who has recorded and toured with Joe. Tal played live with Joe at some of the world’s best venues, including, Radio City Music Hall and Royal Albert Hall. I asked Tal to tell me a little something about Joe not everyone may know? Tal replied, “he’s a sponge”. Tal went on to say, “Joe absorbs so much information and you see it in his playing. He is so much more versatile than anyone even knows. He has so much more he’s capable of and has just only scratched the surface.”
If you are a fan and appreciate the music of legends, I suggest you see one while you have the chance. 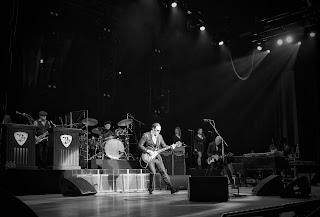 Photos and Review by David Harris

To see when Joe Bonamassa is in a town near you check out the links below:
https://jbonamassa.com/tour-dates/
https://www.instagram.com/joebonamassa/?hl=en
https://open.spotify.com/artist/2SNzxY1OsSCHBLVi77mpPQ