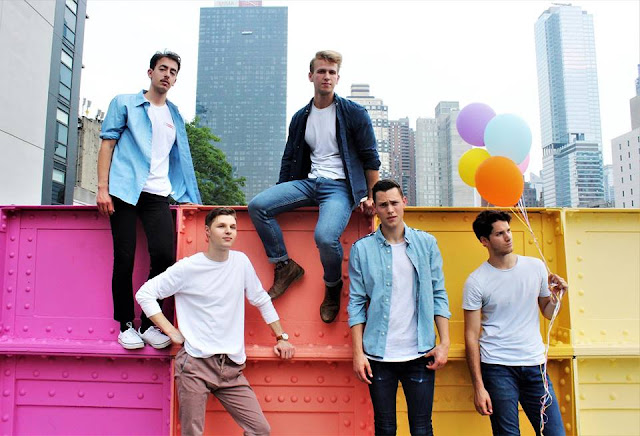 Birthed in Mahopac, New York, Friends at the Falls is composed of Jake Stam on vocals and rhythm guitar, Matt Montgomery on drums, Don Senese on the keys, Dan Walsh on bass and Nick Gennusa on lead guitar. FATF draws inspiration from artists such as The Killers and Bruce Springsteen. Together, these five individuals makeup more than just a band, they are five creative minds and five talented souls that transcend the meaning of friendship through music.


With the release of their new EP, “Wild In Our Ways” Friends At The Falls has explored new sounds tailored to rivet their audience with a sonic atmosphere that is both exhilarating and nostalgic. Through experiences in their own lives, the group tries to capture and sculpt moments into melodies that will last a lifetime.

Sound Rebel Magazine had the honor of speaking with all 5 band members. Keep reading to learn more about 'em! 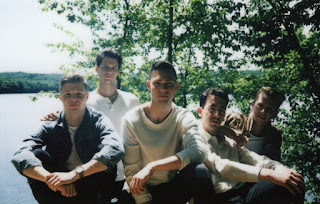 Sound Rebel Magazine: How did you come up with your band name ‘Friends at the Falls’? How did all of you meet and what inspired you to make music together?

Friends at the Falls: To start with the band name, it began with Matt and Jake each shooting out 5 band names a day, no matter how stupid, until Matt came up with Friends At The Falls. The meaning that came after was that we’ve all been best friends our whole lives, growing up in the same town, Mahopac, New York. Half of us being from the part of town called Croton Falls and the other half being from Mahopac Falls… so we are all, friends at the falls.

For what inspired us to make music, Jake was the original driving force behind it, writing songs with Matt. A domino effect came after, Don has always been an amazing pianist and then Dan, who never played an instrument before, learned how to play bass to join the band. And then, probably one of the biggest puzzle pieces in the band… we were on a winter tour and we had been playing with a touring guitarist, but we were looking for something a bit more permanent, so Jake and Matt called Nick and we’re like “Yo Nick, join the band. You’ll never forget this phone call.” Nick had been writing his own songs for a while. Since then Nick has picked up the guitar remarkably fast and the band has been complete.

Overall, we do it for each other and it’s because we love music but also because we just love

SR: Would you mind explaining your creative process, individually and as a band?

Nick: Individually, it is late at night. I am in my room. I light a candle. My dogs are laying on my bed behind me. I pick up my guitar 65% of the time, the other 35% of the time is me sitting down at my keyboard. Recently, I’ve been trying to write more guitar driven songs.

Jake: I think Nick and I do most of the writing in the band. So for me, I’m similar to Nick, I’m in my basement. It is late at night. A candle is lit. Even though my lights are on it is not that bright. There’s two nights I could have: I either come downstairs, pick up whatever instrument is near me, and I write gold and I continue that gold throughout the night and I go upstairs feeling good and I earned my rest. Or I come downstairs and I play for six hours straight until 6 AM trying to write something and I get nothing and I go upstairs and contemplate why I do this. And those are the two nights and there’s really not a lot of in between on that. I love it.

What’s huge about this next record we have coming out it has been super collaborative. At this point we’ve learned to write together as a band. And it shows, you can tell they were written as a unit.

Matt: Something special about a lot of the tracks on the record we are currently writing is how spontaneous some of the writing sessions have been. Jake or Nick will bring an idea and we would all just jam and feel it out and we just knew where they were going.

Jake: And like I said, I can be in the basement for six hours at a time and not get anything, but then we can get an amazing song in less than ten minutes and you can never account for those types of things.

SR: What is the best advice you have received for working in the music industry and who was it from?

Jake: Game over- by Beau Kuther, the drummer of Smallpools, post-show at Music Hall Williamsburg. I asked him “What is it all about man, how do you get big?” and he said without hesitation “It’s all about the songs man, make sure your songs are good and everything else will come along with it.” Like you can try to plan a tour, do this, that, and the other thing, but no one really cares if the songs aren’t good.

Matt: I don’t think it’s specific advice from someone in general, but I think it’s important to have tunnel vision a little bit. Just cause there’s a lot of outside noise that could come at you, especially from whether it be parents, or grandparents, or people in general saying “You should get a job” or “When are you going to get out of the garage?” It’s important to block out the noise and focus on the goal.

SR: Which of your own songs was your favorite to produce, bring to life on stage, or excited to play for the first time?

Jake: Be the Change. It is probably the driving force song for the next record we are writing. I wrote that in my basement and was really inspired at the time by M83, making percussive sounds with vocals. I remember it felt so good while making it and where that song has come is unbelievable. It took me a couple of months to finish the vocals, changing melodies and lyrics and such. Since we’ve played it live, I almost get chills every time.

As for production, Graffiti, from our Wild In Our Ways EP, really made me grow as a producer. For example, the guitar in the bridge I wanted to sound very zippy so I learned to play it backwards then I recorded it and reversed it. 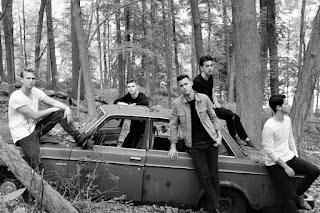 SR: Favorite live show that you played to date?

August 11th, 2018. Our New York City headline show at Mercury Lounge. We played Bowery Ballroom in October and had an amazing experience, but we were the opening act so that’s the one thing that’s missing. Everyone was singing along and there was a very special energy in the room.

Matt: An honorable mention is the UMass Spring concert, playing in front of 2000 in a small arena.

Jake: Another honorable mention, one of my favorite opening acts was in NYC opening up for The Academic. If you haven’t heard of them, another unbelievable band, The Academic from Ireland. What makes them so unbelievable is they are such nice guys, down to earth, and their music is really good as well.

SR: What do you like to unwind and relax post-show or even in your spare time?

This is a great question.

Post-show for us is pretty classic. We get in the van and either get $1 pizza if we are in NYC or Taco Bell if we’re basically anywhere else.

Don: I’m a man who really feels that its important to wind down sometimes and let your mind relax. So I invented a day, it’s called Dons-day. It’s a day for Don to do whatever I want. If someone calls me and it’s not something I want to do I will tell them no to their face. On a typical Dons-day I’m catching up on some podcasts, making some good food, baking some treats, maybe I’ll make a song.

Jake: For me, I am a night-owl. I will sit on my family room couch and make something very unhealthly, I love chocolate or sweets. Regardless, I make something very sugary and either put on a movie or a tv series I’m watching and watch in abundance, The Office, Always Sunny in Philadelphia.

Dan: I’m honestly a bit of a sweet tooth at night too. For decompression I like to use the steam room and sauna at the gym I go to. If I’m home, I’ve been crushing YouTube videos recently so that’s what I usually veg out on.

Nick: For me decompress means hanging around, chilling with friends or family usually watching sports or a movie.

SR: What’s your ultimate direction for the band? And what can we expect from FATF in the future?

Jake: Up and up and up. That’s everyone aspiration but I guess the question is do you have the means, the goals, and the mindset to make it actually happen and that’s where I think we beat a lot of people out in spades. We have the dedication, the unity, it’s all here. Ultimately as a group, we all have our own roles in the band, collectively I think we have the same mindset though. Really the direction is to keep going and keep moving up until we can’t, we’re always working.

Matt: In terms of what to expect in the future, this year especially, we have a lot of new videos and content in general. We have a new record we’re planning to release in the summer. Additionally, we’re looking to have a big rise in our YouTube presence. We’re hungry for the road this year, we’re excited to be back out on tour, especially because we decided to take some time to build a quality presence. Also, we created our own podcast. Overall, lots of new content! 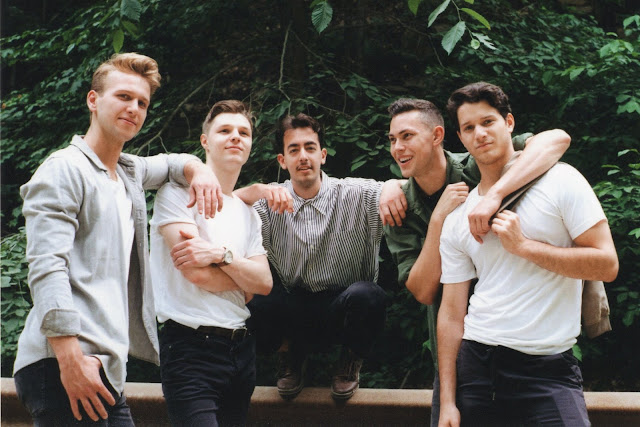 All photos by: Sofie Vasquez


Find Friends At The Falls: