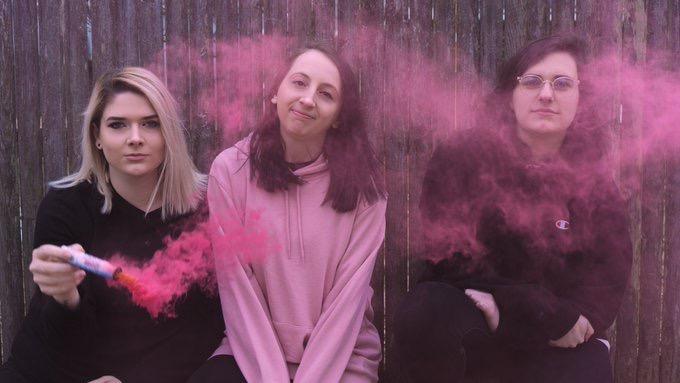 Shallow Pools are a three-piece alternative/pop rock band from Massachusetts consisting of band members Jess Gromada (guitar), Glynnis Brennan (vocals, bass) and Ali Ajemian (drums). Shallow Pools offer their unique sound that helped bridge the gap between alternative and pop rock and that shows on the bands upcoming 5-song EP “Spring” which will be released on March 8th 2019.

Throughout the EP, their powerful vocals seamlessly entwine with their just as powerful instrumentals. Listening deeper, each song carry’s its own powerful and painstakingly relatable lyrics. This band know what they’re advocating as they have spoken many times on how they promote inclusivity in their art form for all ages, sexualities and gender identities. They are undeniably authentic and real in their lyricism and instruments, speaking on how their latest single “Sinking” is about “the struggles of dealing with anxiety and challenges daily” They use their music to share their own hardships ranging from loss, strained relationships, to anxiety and depression. They are powerful female representatives and inspire others by embracing their own identities and are a band to watch very close this coming year.

I had the chance to speak with Shallow Pools about their upcoming new EP “Spring” and their inspiration behind their new musical direction.

Sound Rebel: How would you describe the musical direction you are taking with this new EP under the name Shallow Pools compared to music you have released in the past?
SP: Our songs as shallow pools are definitely a lot more mature. Lyrically we discussed deeper topics, and musically we incorporated a lot more elements than we had in the past! We got to play around with different guitar/vocal effects, keys, and synth sounds which was new for us!
SR: Now I cannot for the life of me choose a favourite of the 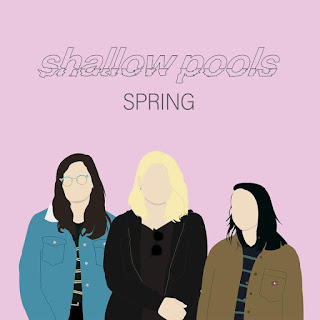 new EP as I think all the songs are incredible, truly, however what was your favourite song off "Spring" to write and/or record and why?
SP: Thanks so much! “It’s A You Thing.” was probably our favourite song to write and record! We got to play around with synth and vocal effects, which we hadn’t done in the past. We also all really collaborated on the lyrics.

SR: With the release, what would you like the listener to take away from this EP?
SP: We hope that our listeners can relate to these songs! We want everyone to know that they don’t have to go through similar experiences alone.
SR: You released two singles “It’s A You Thing” on July 13th 2018 and “Sinking” on August 24th 2018. Can you tell us a little bit about the two songs and how they came to life?
SP: “It’s A You Thing.” is about a strained relationship with a friend. “Sinking” is about anxiety and the struggles that come with it. These were the first two songs written for this EP. We wrote them pretty quickly and went into the studio with a solid idea of what we wanted the songs to sound like. We made some changes while we recorded and we’re super happy with the result!
SR: Being an alternative/pop rock band, who would you say are your biggest musical influences especially when working on this new EP?
SP: Some of our biggest influences are Paramore, Movements, and Pale Waves!
SR: What are you the most excited about in playing these upcoming shows?
SP: We’re really excited to play all of the new songs live!
SR: What are you most looking forward to in 2019?
SP: Hopefully we can open for more touring acts, record new music, and hit the road in early summer!