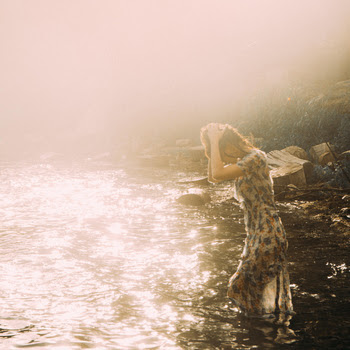 The future is bright for Ella Vos. The LA songstress racked up over 100 million streams on her independently released debut album ‘Words I Never Said’ in 2017. Soon after Ella was diagnosed with Lymphoma (a life-threatening cancer in the lymphatic system), but rather than give in to the anguish, she leapt into working on her second album with everything she had and with her new single ‘Ocean’ giving us a small taste on waves she is yet to conquer.

‘Ocean’ immediately captivates you with through its pretty background and soft acoustic pop-like beat. Like in her previous work, Ella has turned the darkness from life into beauty and this song is no exception. ‘Ocean’ depicts the different stages of accepting not only the vulnerability and gentler side within herself, but also the strength after her diagnosis.

She wrote on her Facebook the day of the debut “Facing a life-threatening condition forced me to embrace the other side of myself... I like to imagine myself as an ocean… it is beautiful when it is gentle, and it is beautiful when it’s strong”. The sentiment is strongly captured in the song, with her powerful and gentle melodies.  Ella Vos is one of the rawest and most truthful artists of her generation, having all the turmoil and uncertainty tumbling from the mellow guitar riffs, velvety drums, and iridescent piano accompaniment. Her lyrics swirl gracefully with the melodies and will raise you into her head-space while letting you reflect personally and your own perceptions.

Ella has shown that not only is she a force to be reckoned with but even after such events that can alter one’s life, you are able to pull yourself back onto your feet, face it head on and continue to make music that will mold to generations to come. The synth-pop lullabies are a refreshing and unique taste during a time where music is rapidly evolving. Watch out for Ella Vos and expect much more beautiful synth-pop music to follow. 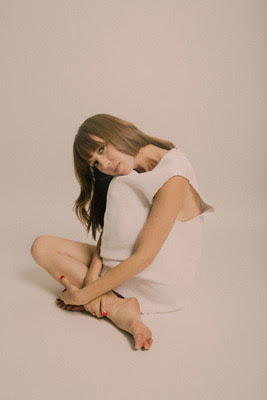